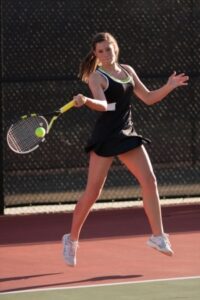 There is definitely a division between male and female athletes in this country. It is an inequality striking at the dark heart of modern-day athletics. While participation in sports by girls and young women has skyrocketed over the last few years, they still don’t receive equal treatment. They have to work harder to get to places many male athletes simply fall into.

At Classic Turf Co, we take this problem very seriously. Since we take pride in building and installing post tension tennis and basketball courts all over the country, we consider it our duty to make athletic dreams accessible to all. That includes reporting information that might be holding some athletes back, especially female athletes, things like female athlete triad syndrome.

“But many girls aren’t eating enough to satisfy the physical demands of those sports, scientists say, and that’s putting them at risk for health problems that can last a lifetime.”

Originally thought of as something only affecting very skinny women (think anorexic), doctors have recently surmised that female athlete triad syndrome affects women athletes of all shapes and sizes. We’re not just talking about ballerina physique, but every physique.